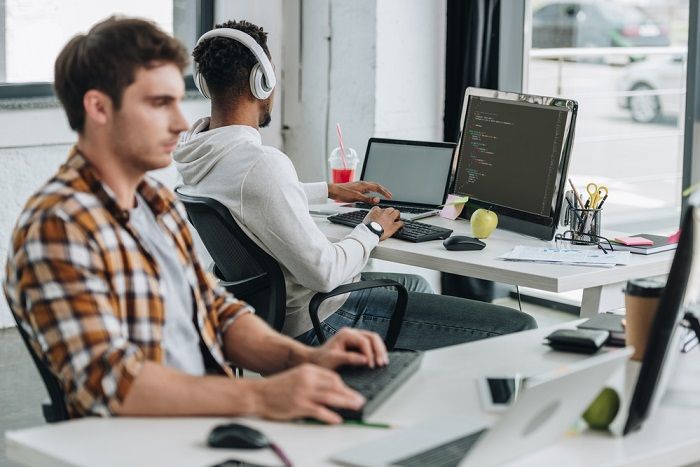 If you work with web or software developers, you’ve probably already realized that when it comes to tracking their time, it’s quite a sore subject. Today we’ll discuss why it has become such a sensitive topic and what can supervisors do about it.

Why does monitoring the workflow of developers present such a challenge?

Supervising average office employees sounds like an easy task. Has the employee arrived to the office on time, are they at their desk, are they clicking the buttons, are they staying focused? If so, well done, they’re working somewhat efficiently. However, an approach like that simply doesn’t work with developers.

For one thing, computer programming is more of an artistic job in its core. Plus thinking before coding may take up considerably more time than actually writing code. Hence, if your developer is sitting at their desk without actually using the keyboard or the mouse, it doesn’t necessarily mean that they aren’t actively involved in the project at that very moment.

Besides, nowadays, most development teams follow Agile methodology and work in sprints. Since continuous monitoring of every team interaction, all their briefings and current workload division looks pretty complex, it wouldn't be wise to demand your web developers to stick to the 9 to 5 work schedule.

In addition, skilled professionals – those that you and your competitors actually chase after in hopes to get them on your team – often are aware of their professional value. They know what they bring to the table, and they are in demand in the labor market, so they may interpret extra scrutiny from a supervisor as distrust, which will result in them feeling pressured. Irritants like these can make your employee quit, which will most definitely affect your business negatively (we’ve covered most common causes why employees quit; check them out for yourself).

And finally, you should keep in mind that developers are creative and resourceful by nature. If they want to procrastinate, they will. They’ll cheat your time tracking software with a simple auto clicker, or they’ll start taking up side hustles during their working hours, or they’ll make up excuses for their sloth by blaming the complexity of the sprints – the possibilities are endless. For example, we’ve recently recounted one of our client cases where our employee monitoring software Kickidler helped catch an inventive freelancer slacking.

Therefore we’re left with a problem – it’s both complicated and almost counterproductive to track developers' work. Should you just give up on supervising them altogether? Not at all!

How to measure developer productivity efficiently?

First and foremost, it’s important to understand what it is that you actually need from your employees. It’s not about tracking the work of development team; it’s about making sure they’re working. More importantly, developers themselves usually have a vested interest in completing their projects.

Most developers genuinely love their jobs, however:

Constantly micromanaging your developers does more harm than good. A good example here is none other than Steve Jobs, who used to be known for his favor of micromanagement until he reformed into an extraordinary executive and found tremendous success. So when it comes to tracking the work of your developers, you’ll probably want to consider the following five core steps.

Rule 1. Make Self-Control the Foundation of It All

Schedule a meeting with your team and openly discuss your plans to implement time tracking software. Your subordinates understand that they are paid to perform certain tasks, and they’ll be sympathetic toward your wish to keep an eye on that work. Make this desire of yours clear, but also emphasize that you regard members of your team as competent specialists and that you have confidence in each of them. Offer them to try time tracking apps for themselves.

Essentially, the agreement between you and your employees will be simple: “As long as you are doing a good job, I stay out of your work routine, and everyone is satisfied. If your performance drops, I’ll have to get involved. I hope you’ll find it a fair balance. To encourage this transition, here are the tools that’ll help you with self-management."

It’s a proposition everyone on your team will agree to, and you'll soon discover that both your trust in them and their own involvement in the process do the trick. Genuinely engaged employees will be able to organize their daily work tasks themselves, without you pressuring them or causing unnecessary stress.

Rule 2. Keep an Eye on Their Results Rather than Productivity

When it comes to choosing the best time tracking apps for developers, we advise to give employee monitoring software Kickidler a try. It tracks every action of your employees, however, in most cases you won’t even need such a large amount of data. All you really need to do is check the reports on the work they’ve done, and if you notice any declines in metrics, then it will be time to review detailed data that Kickidler provides. For example, if an employee has become addicted to watching episodes of TV series during their workday, you’ll be able to spot it easily. To summarize, you should focus your attention only on those specialists who are experiencing actual difficulties with their jobs.

Rule 3. Motivate the Developers on Your Team Through This Change

Show your employees that self-monitoring with the help of time tracking apps actually works in their favor. You can introduce bonus pays or other types of employee incentives to promote self-management and performance improvement within your team. Introduce game-like elements to your company’s work processes so that your employees’ daily routines have a healthy balance of work, rest, and celebration of their achievements.

Rule 4. Use Collected Data to Improve the Working Conditions of Your Team

Still, even if every person on your team is working hard, people can’t keep being equally productive all the time. Every one of your employees will undoubtedly have both peak work times as well as work slumps. Sure, you can opt for ruling over your team with an iron fist and come up with other ways to incentivize employees, but it’ll only put everyone under too much stress.

Instead, why don’t you try just the opposite? For example, you could schedule something stress-free on a Friday night, like a team meeting in an informal office party format, with pizza and a PS4 tournament. Ideally, you’d want to plan something that will help your team unwind and boost their morale. And in return you’ll notice a productivity boost over the next week, which will override Friday’s slight decrease in productivity.

Once you implement time tracking software of your choosing, stick to the rules you’ve set. Did you promise not to interfere if your employees are handling their workload efficiently? Then don’t. A few weeks after the introduction of your monitoring tool, show your subordinates just how much their results have improved since they started using time tracking software. This way, they’ll be able to see for themselves that there are actual benefits to this change. Reward their increased productivity with financial compensation or some kind of corporate event.

And here you have it – micromanaging your developers will be futile in the long run. Most of the times, when it comes to tracking the work of your developers, being flexible enough usually does wonders for the business. Give it a try! 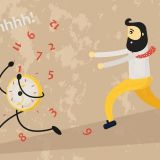 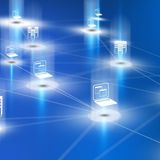 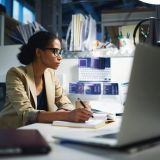 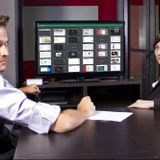